In 2011 we put our predictions for the property market in Leipzig in writing and published it to our clients and on our website.  We revisit the details here – 10 months before we enter 2016 and see if our analysis is on track.

You can see the original article from 2011 on the property market in Leipzig here.

So how did we do? Well, let’s run through our key points and see:

Our view on where the market would be was formed on the analysis of 6 factors, being:

Investor confidence is a difficult factor to empirically measure – but it has a huge impact on property prices.  A key element of confidence comes from current and expected demand. In 2011, when we wrote the population was growing steadily and was at 522,883 – from UNdata we can see that this growth accelerated and the last firm numbers we have  show a population of 531,809 and the trend remains upwards.

In 2011 net yields between 7-11% in the Leipzig market were the norm for our clients and investors. Interest rates for 5-10 year fixes were at around 4%.  We predicted that if investor confidence remained, then yields should move towards around 6% with prices having the capacity to rise by around 40%.  Has that happened? In short, yes – more on that later.

In 2011 finance was readily available for domestic and international investors – with residents achieving upto 100% LTV and foreign investors 60-80%.  At the time investors could achieve finance at between 4% – 4.3%.  The rental coverage requirement of 125% of finance payments was easily met by typical investments as most properties generated 200%+

Increasing rent levels are the typical trigger for capital appreciation in the more mature markets in Germany.  As rents increase, so do the capital value increases by the same amount, all other things being equal.  In 2011 rent levels in Leipzig were very low and had remained so for the last 10 years or so, whilst excess capacity has been worked through with the increase in population or through demolition of unrefurbished stock. The number of vacant units showed a trend of reduction whilst rent levels had been static for around 10 years.  Vacant units fell from a high in 2000 of 69.000 to a level of 35.000 in 2009 and it has continued to fall to 2011.

We thought there was real pressure on the rent levels from both government policy changes (to support an increase in the rate paid by social tenants by 10%), decline in stock availability through population growth and reduced volume of stock – a return to a link with rpi for rents was expected at the very least.

Given that properties are most often valued as a multiple of the rental income generated, our prediction was that capital value would increase by at least 10% by 2016.

Looking at rental levels – you can see from the graphs below that they are firmly on the rise and had achieved thier 10% growth by the middle of April 2013 – increasing from an average of 5€/sqm in 2011 to 5.6€/sqm by April 2013.  Different areas showed different profiles – but all we work in are on the up. 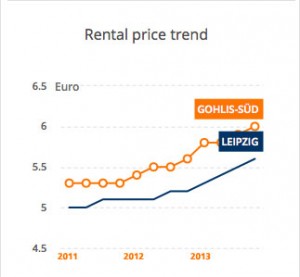 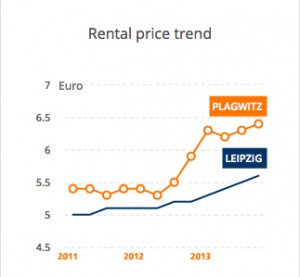 Finally, and perhaps of greatest interest, is a fairly unique feature of this market.  Our view was that as the appetite for owner occupation increased towards the German mean – this would deliver a large increase in capital values where apartment blocks were divided and sold to owner occupiers rather than investors.  We have worked with a number of investors who employed this strategy successfully achieving significant uplifts.  Our view was that this effect would increase the growth in prime and desirable locations.

Well we predicted increases across a gradient of locations:

“We predict a 10% increase to be priced in during 2011-2012 due purely to the change in social rent levels.  I would expect the increase in population to drive demand for rental in these areas and vacancy to continue to fall.  I would therefore expect the pricing due to lower vacancy and more sustained yield increasing by a further 10%.  Finally, especially in areas which are on the “fringes” on B locations, I would expect investor confidence to increase such that the yield today of say 11% on purchase dropped to around 9%.  All of these factors should combine to around a 40% increase in capital values in these types of areas.” 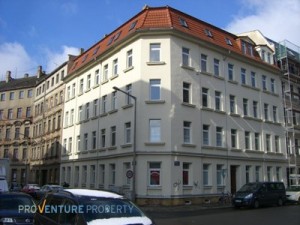 B-Grade Property – A lower Proportion, if any Social Tenants and an “Average” Rental Structure

“I would expect the factors above to impact on this sector, with yields today of 9-10% falling to 7-8%.  Rental increases could outpace the C-located property after 2-3 years, as rental developments become the norm and  supply is outstripped by demand.  So overall, I would expect a 50% increase  in capital values in these areas.” 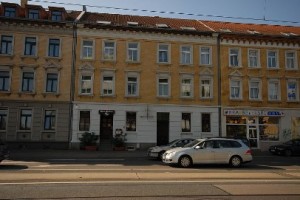 Looking at a similar location today: 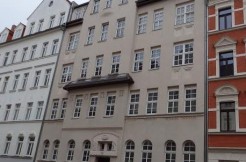 “In addition to the factors above, I would expect multi-family apartment house buyers to increasingly take advantage of dividing the property into single apartments for onward sale to owner-occupiers or smaller investors.  In some parts of the city, this could result in a dramatic uplift in value as the affordability for owner-occupiers is at a historical low, and capacity for prices to return to 1999 levels is very great.  But I will err on the side of caution and suggest that investors in these areas will be able to enjoy a 50% uplift in their price if they divide their units on sale.  So, combined, investors could achieve up to 100% increase in capital in these locations.”

How did we do? – well we have a number of examples of 80% uplifts, for example: 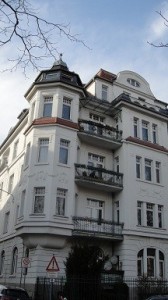 In a similar area: 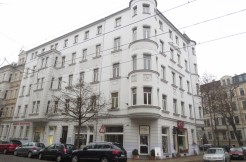 Again, an a grade location, is currently valued at €1420/sqm – you can view it on our site here.

So, we got the gist right and our predictions were there for significant capital growth in the last 5 years – and if you buy right (which is what we are here to assist with) there are still some fantastic properties on the market in Leipzig with significant potential.  The enticing 10%+ yields are more difficult to find amongst good stock, however this is not the case in a number of other cities we are now working in and we predict that the growth cycle profile in Leipzig will be replicated in other areas that we have identified.  Look at Bremerhaven for example – or get in touch to discuss your investment goals.